Skerton St Luke’s is a Church of England School with close associations with St Luke’s Church, Skerton.  We cater for pupils and families in the local community by providing an education that is steeped in Anglican tradition and Christian Values.

Our aim is to provide a high quality curriculum, which should inspire in pupils a curiosity about, and the want to build a relationship with God the Father, Jesus His Son and The Holy Spirit sent to stay amongst us.

Our vision for our school is that all children develop skills through an enquiry approach and that this will develop coherent knowledge and understanding of religion and spirituality.

We open the children’s minds through learning in RE, Collective Worship, Ethos Group and spiritual experiences.  Pupils gain an in-depth understanding of The Bible, the impact this has on us today and how we can develop relationships with God and each other now and in the future.

We provide an element of challenge, which enables and encourages children to ask critical questions and have a better understanding of the society in which they live.  It also helps children gain a sense of their own identity within a social, political, cultural and economic background and allows us to celebrate God’s world.

Our school’s own relationship with St Luke’s Church is a well celebrated and inspiring feature of the school. Children, parents and the community are encouraged to live by our Bible quote ‘Love your neighbour as yourself’ Luke 10:27.  We do this by modelling behaviours, supporting many charities and working with a variety of groups in the local community to make our local area, the wider community and our world a great place to live.

Our Christian Values are taught through Collective Worship, class and family group activities and homework that encourages communication with parents and other family members.  These are explicitly taught on a two year rolling programme and reviewed at different times throughout the year.  Our Christian Values are linked to bible stories and therefore rooted in Christian narrative.

Our school uses two resources called ‘Values for Life’ and ‘Roots and Fruits’ as a basis for our Collective Worship. These Values are shared with children on a regular basis, and reinforced through our teaching. Most of these Values can be said to be ‘human Values’ and inclusive for people with different or diverse faiths, and also for those with no faith. As a Church of England school, however, we have rooted these Values in the Bible. We have established 12 Values that are particularly important to members of our school family. Please scroll down to find out more about the Value we explore each half term and a linked Bible story that illustrates the Value well and is particularly memorable for the children.

Christians believe that God loves and cares for them in all parts of their lives.  They know that they should be thankful and full of praise because of this.  The children are encouraged to think about how we say and show thanks to each other.

The main Bible connection will be The Fruits of The Sprit – Galatians 5:22-25

But the fruit of the Spirit is love, joy, peace, patience, kindness, goodness, faithfulness, gentleness, self-control; against such there is no law.  And those who belong to Christ Jesus have crucified the flesh with its passions and desires. If we live by the Spirit, let us also walk by the Spirit.

Trust is the basis for all stable relationships.  It is rooted in truth, and will grow through love and caring.  We show children that God trusts Christians with carrying out His purposes here on earth.

We reflect on the following questions: How do we show people how to have trust in others? How do we show consequences when trust is broken?  Which people do you know who show trust?

After Jesus had spent a full day teaching on the shores of the Sea of Galilee he said to his disciples, "Let us go to the other side." So they left the crowd and got into a boat to cross over.

After a while there arose a great and mighty storm on the sea. The storm was so great that the boat was being covered with the waves washing over it and began filling up with water.

While the storm was rocking the boat Jesus was fast asleep on a cushion in the stern. The disciples came and woke him up and said, "Save us Lord; we are going to die! Do you not care that we are perishing?" He said to them, "Why are you afraid, Do you still have no faith?" Then Jesus got up and rebuked the winds and said to the sea, "Hush, be still." And the wind died down and it became perfectly calm. The men were amazed and said, "What kind of man is this, that even the winds and the sea obey him?"

Perseverance is recognition that life is sometimes difficult and painful, and that it is important not to give up in the face of adversity. Jesus endured rejection, abuse and the cross, and his followers are warned that they may well have to share that pain as persecution took hold.

We should reflect on the following questions: How are pupils encouraged and given skills to persevere through difficult times? What practical resources does the school draw on to help pupils who are struggling to succeed and achieve, and how does the school support and encourage them in their endeavours? How do learning and teaching strategies encourage and motivate children? How do you help children understand that hard work in all curriculum areas is worth the effort?

Jesus was going through the city of Jericho.  In Jericho there was a man named Zacchaeus. He was a wealthy, very important tax collector.  He wanted to see who Jesus was. There were many others who wanted to see Jesus too. Zacchaeus was too short to see above the people. So he ran to a place where he knew Jesus would come. Then he climbed a sycamore tree so he could see him.

When Jesus came to where Zacchaeus was, he looked up and saw him in the tree. Jesus said, “Zacchaeus, hurry! Come down! I must stay at your house today.”

Zacchaeus hurried and came down. He was happy to have Jesus in his house. Everyone saw this. They began to complain, “Look at the kind of man Jesus is staying with. Zacchaeus is a sinner!”

Zacchaeus said to the Lord, “I want to do good. I will give half of my money to the poor. If I have cheated anyone, I will pay them back four times more.”

Jesus said, “Today is the day for this family to be saved from sin. Yes, even this tax collector is one of God’s chosen people.  The Son of Man came to find lost people and save them.”

Christians believe that Justice is about love.  It means that we are called to take responsibility for one another, that no-one is excluded from life.

Our main Bible text is Jesus Uses a Story About Farm Workers Luke 19:1-10

“God’s kingdom is like a man who owned some land. One morning, the man went out very early to hire some people to work in his vineyard.  He agreed to pay the workers one silver coin for working that day. Then he sent them into the vineyard to work.

“About nine o’clock the man went to the marketplace and saw some other people standing there. They were doing nothing.  So he said to them, ‘If you go and work in my field, I will pay you what your work is worth.’  So they went to work in the vineyard.

“The man went out again about twelve o’clock and again at three o’clock. Both times he hired some others to work in his vineyard.  About five o’clock the man went to the marketplace again. He saw some other people standing there. He asked them, ‘Why did you stand here all day doing nothing?’

“The man said to them, ‘Then you can go and work in my vineyard.’

“At the end of the day, the owner of the field said to the boss of all the workers, ‘Call the workers and pay them all. Start by paying the last people I hired. Then pay all of them, ending with the ones I hired first.’

“The workers who were hired at five o’clock came to get their pay. Each worker got one silver coin.  Then the workers who were hired first came to get their pay. They thought they would be paid more than the others. But each one of them also received one silver coin.  When they got their silver coin, they complained to the man who owned the land.  They said, ‘Those people were hired last and worked only one hour. But you paid them the same as us. And we worked hard all day in the hot sun.’

“But the man who owned the field said to one of them, ‘Friend, I am being fair with you. You agreed to work for one silver coin. Right?  So take your pay and go. I want to give the man who was hired last the same pay I gave you.  I can do what I want with my own money. Why would you be jealous because I am generous?’ 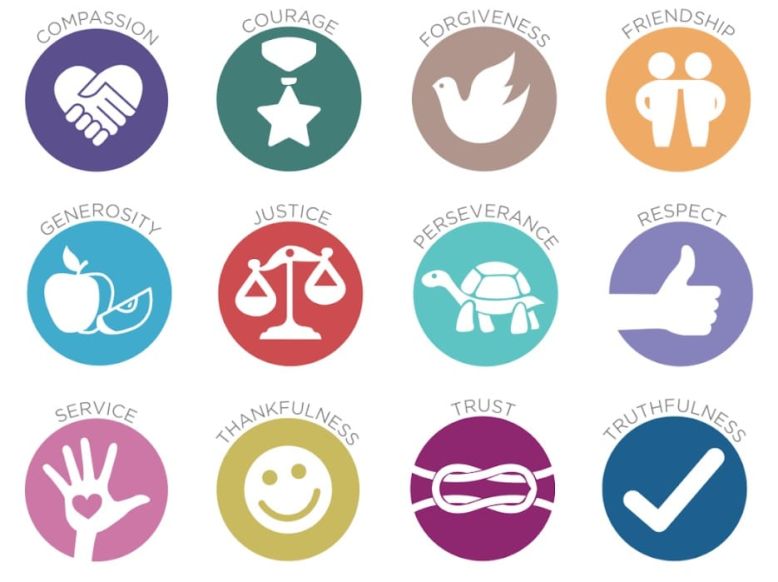 It’s a lovely community. We all feel like a part of St Luke’s family. My child loves her teachers and knows other members of staff. It’s lovely to walk into school and people know my child’s name and always say hello to her, even teachers from other classes or Mrs Armistead.

I know when I drop my kids off they are happy and safe and they both enjoy their time in school.

Thank you for not only teaching my daughter but also caring for her. She’s really happy at school and is making great progress in all areas of learning.

The staff have been so supportive of my child with Special Educational Needs. They are amazing and it makes me confident that my daughter is well looked after and if she has any problems they will help.

Parent of a child with SEND

The Reception Open Day really showed the school in a good light. The Headteacher showed us round and knew all of the pupil’s names. All of the children we met were friendly and polite but more importantly they were all smiling whilst learning.